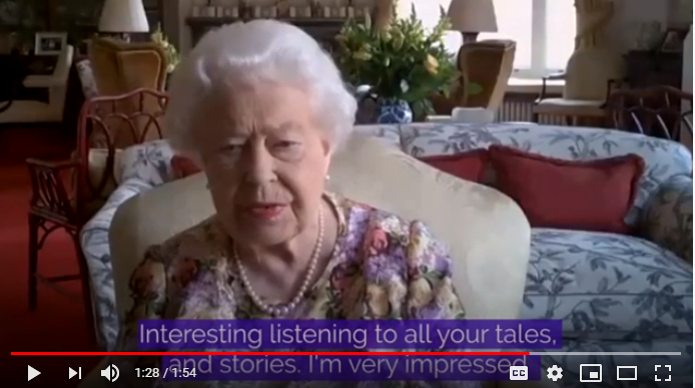 Carers Trust were thrilled that Her Majesty The Queen and Her Royal Highness The Princess Royal joined four carers and their CEO, Gareth Howells, in a very special video call to mark Carers Week.

The Queen spoke to Alex from Swansea, Nadia and Amna from London and Mary from Dumfries about the challenges they face as primary carers and how they manage to balance their caring responsibilities with maintaining their own physical and mental wellbeing.

And turning to the Making Caring Visible theme for this year’s Carers Week, The Queen and The Princess Royal spoke  to Carers Trust CEO Gareth Howells about the importance of highlighting the vital role played by unpaid carers, and how carers can access the support they need.